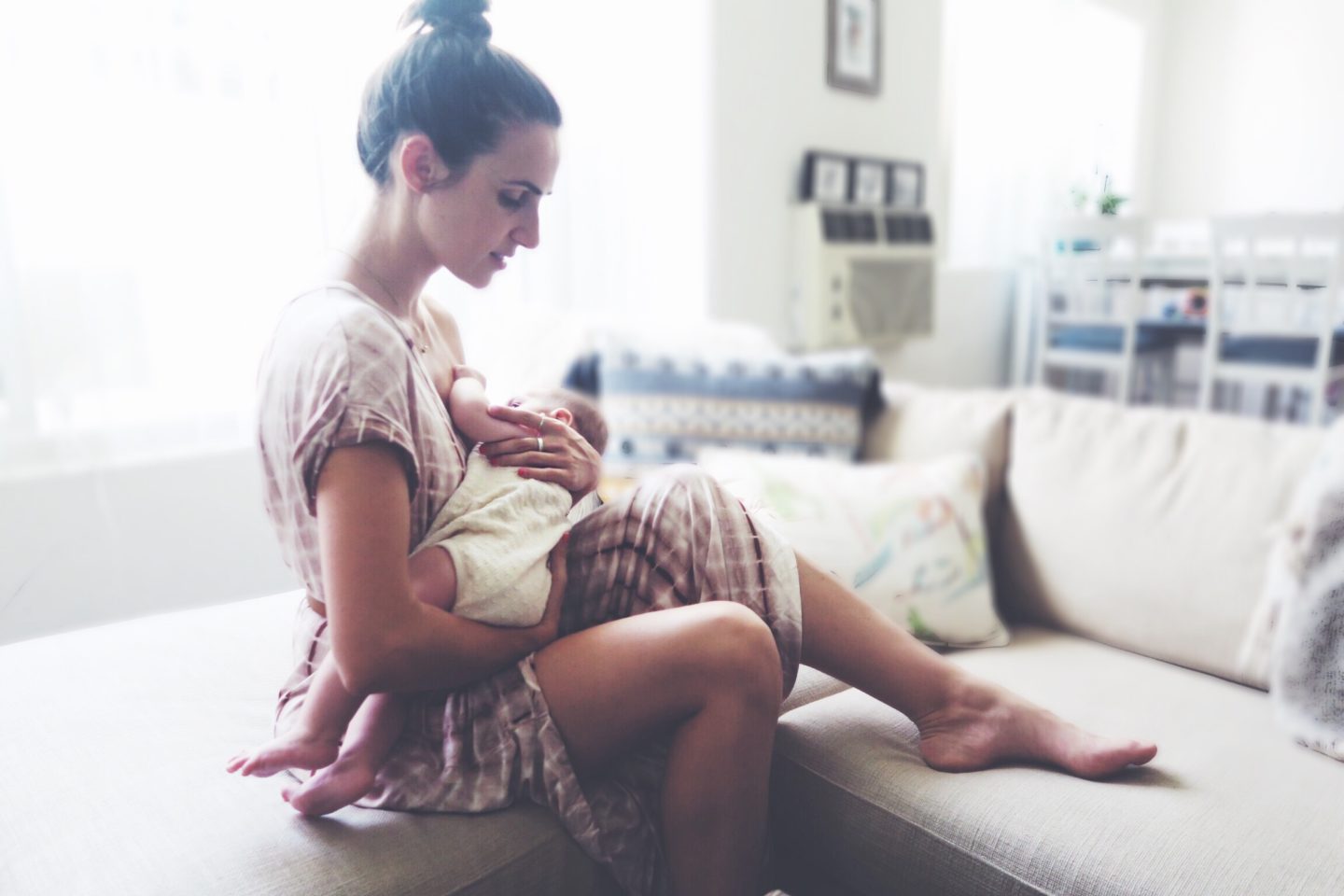 Today we’re talking about boobies, glorious boobies! As I sit here pumping (haha), let me preface this post by saying that breastfeeding was by far the hardest part of my initial weeks with a newborn. I had read all this literature and watched all these videos on breastfeeding, latching, letdown, engorgement etc and although I tried to keep myself positive, I felt overwhelmed and scared that it was all going to be horribly difficult, that my baby wouldn’t be getting enough milk and that I wouldn’t be able to work through those difficulties. I totally understand why many mamas desire to give up on it because, on several occasions, I myself was so close to throwing in the towel, especially in those moments where Zoe was up on my nipple and it just hurt like a mother no matter what I did. To add to my frustration, I was told by every lactation consultant that her latch was excellent and that I was “sandwiching” my breast in there correctly but yet I was in so much freakin’ pain! It made me feel like breastfeeding simply wasn’t my thing.

I stuck to it though. I had made a commitment to do everything possible to successfully breastfeed my daughter. I thought of it as a healthy challenge. I took a few steps back and looked at every resource to help me achieve that goal. So, here are some of my tips – and these are things I really did/used/learned – in order to now be a happy pain-free breastfeeding mom.

1. Get Support Right Away

A mama friend of mine gave me this advice before Zoe was born. And it’s so true. I planned ahead and didn’t want to risk “waiting” for an issue to arise – as soon as she was born I visited my pediatrician, who is also a lactation consultant, and saw her twice a week for 3 weeks. Each time I would go I would feel differently about breastfeeding. One day I’d report that there had been less pain on a certain breast, and the next I would report that I had “lost” the latch and it hurt all over once again, making me often feel like I was back at square one. It was hard and I cried a lot. Looking back, maybe those appointments didn’t help me to nail breastfeeding completely but they did calm my worried mind about her weight gain and gave me someone to vent to about it. That was a big help in the beginning. In our appointments, I would breastfeed Zoe in front of the doctor and she would help me with different positions (more on this below) and would reassure me that my baby was getting enough food. She was a much-needed guide through the first stages of learning the skill of breastfeeding – that’s why I really believe having professional help on hand is key to future success.

OK. The other day Zoe decided she no longer wanted me to be sitting down while she nursed. Everytime I would lay her tummy to tummy sitting down she would fuss about and kick. In her unsettled state, I naturally stood up and walked around the dining room table with her hanging off my breast vertically. I had one hand on her butt and the other supporting her back and lower neck. And that was it. The walking calmed her and the position seemed to please her. We still nurse that way often when she’s fussy. Zoe loves to be moving around and has times in the day that she doesn’t like to be lying in my arms on her side while she nurses. Use your intuition and it will be fine!

3. Use a Nipple Shield

Holy crap, ladies. This was my saving grace, no joke. By week 3 of breastfeeding I was so fed up of the pain and frustration that I couldn’t get this thing nailed that I decided to buy 2 Medela Nipple Shields (one for home and one for diaper bag). Literally, I credit these soft silicon nipples of joy for the success of my breastfeeding today. Apparently, you’re not supposed to use them for more than 5 days in a row, just until your nipples heal, then you’re meant to stop using them. Well, not for me. This was my last resort before pumping and giving her a bottle forever more! I thought that if using a thin silicone nipple to get Zoe her breast milk was the only way I was going to reduce the pain whilst giving her the best food I could then my mind was made up. I’m going for it. I used the nipple consistently for 3 weeks and let me tell you, it worked wonders. I bought the smallest size it comes in (which was still too large for my nipple) but I truly believe it helped Zoe learn to open her mouth wider for the latch. Later, around week 9, I caused myself a nice bout of mastitis (unrelated to the silicone nipple – it’s because I stopped pumping for a week, stupid me.) and I decided to ditch the shield to see if Zoe could directly unblock the duct. She would root around half an inch away from my breast, looking for the nipple shield which she was used to, but within a day of gently pushing her mouth closer in toward my nipple, she re-learned to latch onto the breast. There was a little pain at first but it would always subside about 10 seconds after she was on. I didn’t even need to “sandwich” my boob any more. She just knew how to get on herself. Seriously, nipple shield it up if you’re in pain consistently for weeks and then try direct skin to mouth a little later down the line. Shop this product below!

P.S. Make sure you learn how to correctly apply the shield to the breast (I watched a YouTube video). I have a friend who said it didn’t “stay” on her breast but it turns out she wasn’t wetting it at all to get any suction!

I cannot say enough heavenly, wonderful and life-changing things about learning to breastfeed whilst lying down on your side. When I hit 4 weeks postpartum I was desperate to not have to sit somewhere during the night for Zoe to breastfeed. I didn’t mind waking up to feed her, I just wanted to do it in more comfort. That’s when I decided to learn to side lie breastfeed. I checked out a YouTube video on it and thought it looked relatively easy. I tried it out and it didn’t go well because Zoe was just too little (physically) and wasn’t all that good at latching yet. However, after about a week or two using the nipple shield, I tried it again. I just kept practicing with her until she and I found our groove. Honestly, it changed my life being able to get rest while she fed. Put a towel under you both so that any leaky milk doesn’t get on your sheets & mattress. Just be aware, often you will side lie during the night feed when you are most in need of rest – make sure there’s adequate barriers so that baby doesn’t fall off the bed and, if you co-sleep, be sure to remove all pillows, duvets or anything else that could endanger your baby’s life.

This is simple. If your baby keeps fussing but still seems to want to nurse then don’t be worried about taking a little break. When Zoe gets like that I often put her in her play gym so she can kick out some of that fussiness, give her a toy, walk around with her or papa holds her a while. Sometimes dem babies just need a reset or change of scene in order to start over.

I realize this might be lost on the really fresh new mamas but it is important to just relax and let go of controlling everything. If you work on it and be ultra super duper uber patient it will get easier and better over the weeks. Honestly, speaking from experience, just because it doesn’t work smoothly in the first weeks even months, don’t panic. Again, Zoe was 2 months old when it started to go smoothly for me… And remember, if ultimately it truly isn’t working, there is always pumping and bottle feeding or excellent alternative baby foods out there to try! 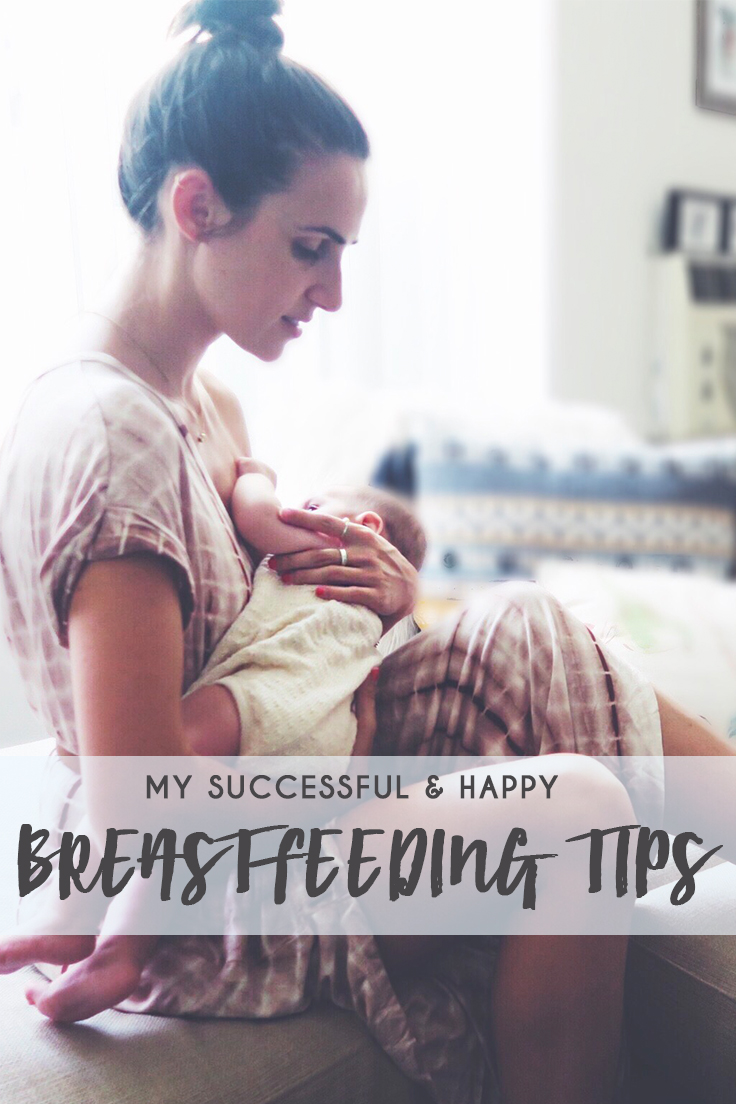 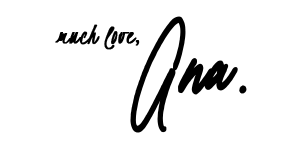 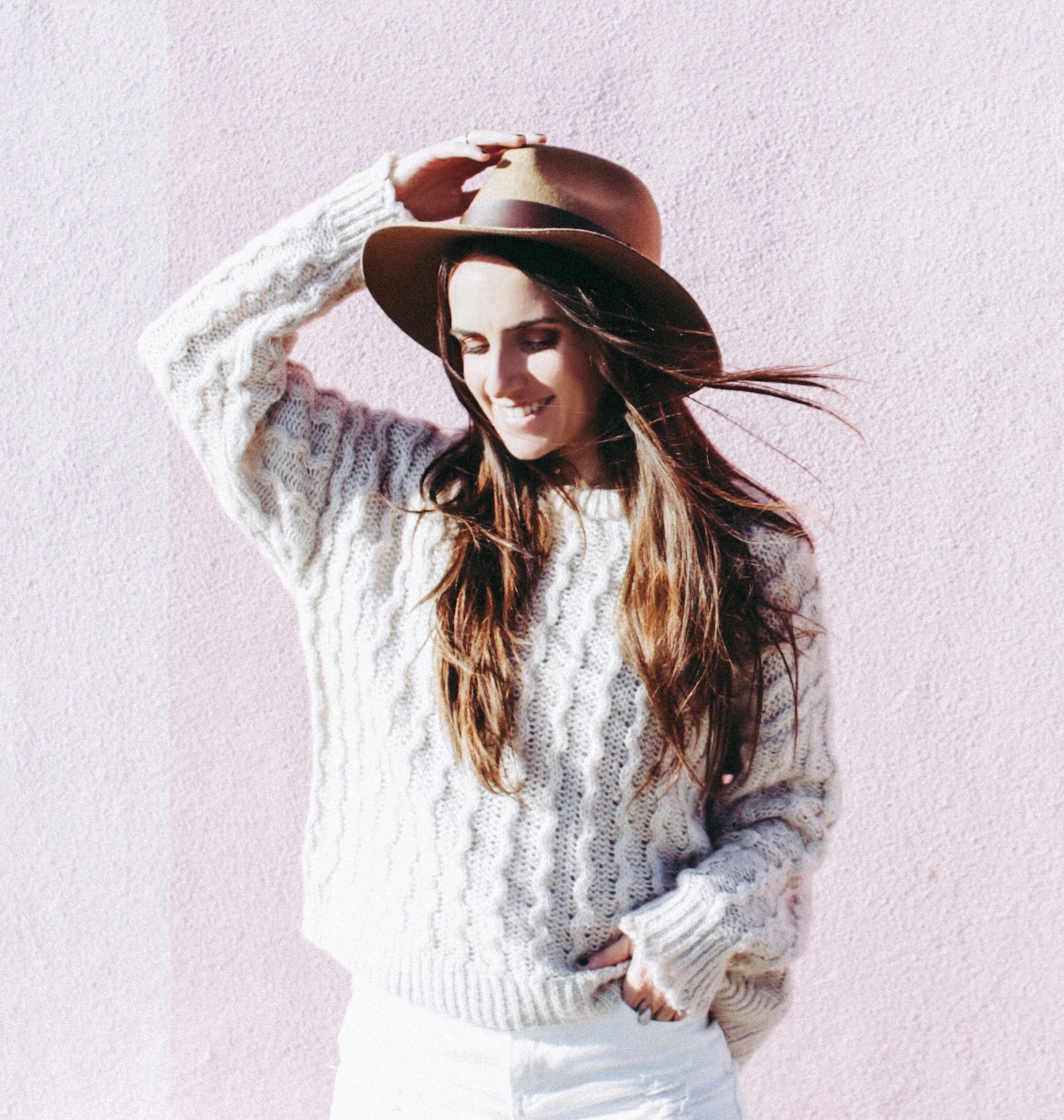 The Casual Free is a home for my thoughts, passions and a window into my life.

It's where I can share my stories with you and speak freely on matters of the heart.

Please connect your site to YouTube via this page before using this widget.

A little about me…

Hello there! I’m Ana Free, s’nice to meet you! Thanks for stopping by my lifestyle and mommy blog! I’m mama to a gorgeous baby girl called Zoe as well as a four-legged rescue pooch called Indie and wifey to an Argentinian music producer hunk by the name of Rodrigo (but since that’s too long I always call him Rod haha). I love music, writing and singing songs, traveling, doing my makeup, taking photographs and spending time with my family. The craziest thing I’ve ever done is skydive and the most embarrassing was probably when I peed in protest on the floor in ballet as a child because the teacher wouldn’t let me go to the bathroom (seriously, when a 6 year old says they need to go, you gotta let ’em)!

As with most creatives, it seems I have a million and one passions and this space is where I get to write, share, ramble and post whatever comes to mind in my world. It’s really just all things casual, travels, mama+baby, fashion, makeup, style and me.